Originally built as the office for the Wakatipu Flour mill which served the district for over 70 years and was influential in the development of local and regional farming activities. The original two roomed mill office was recycled by local Wagoner, Jack Stevenson who acquired the building from the mill owners.

Jack added a lean-to onto the back of the building and turned it into a residence around 1948. The wooden floors of the addition are said to have been recycled from one of the hotels at Skippers. Jack and his wife Vera moved from the Crown Terrace to live in the cottage and raised a family of four here.

The cottage was restored in in the late 1980’s as a memorial to “Wagoner” Jack and hence explains the two wagons that remain on the property today. Since the late 1980’s a craft shop and café were run from the cottage.

Ownership is still in the Stevenson family who continue to have strong association with the place through its links to their family history and the history of the Lake Hayes area.

It stands as one of the very few tangible reminders of the flour milling industry and is associated with pioneering families who contributed greatly to the early development of agriculture in the district.

Akarua Wines & Kitchen by Artisan are humbled to be able to continue the legacy of this beautiful and historic property.

Walnut Cottage, named after the majestic Walnut tree situated at the front of the cottage has a long and colourful history. 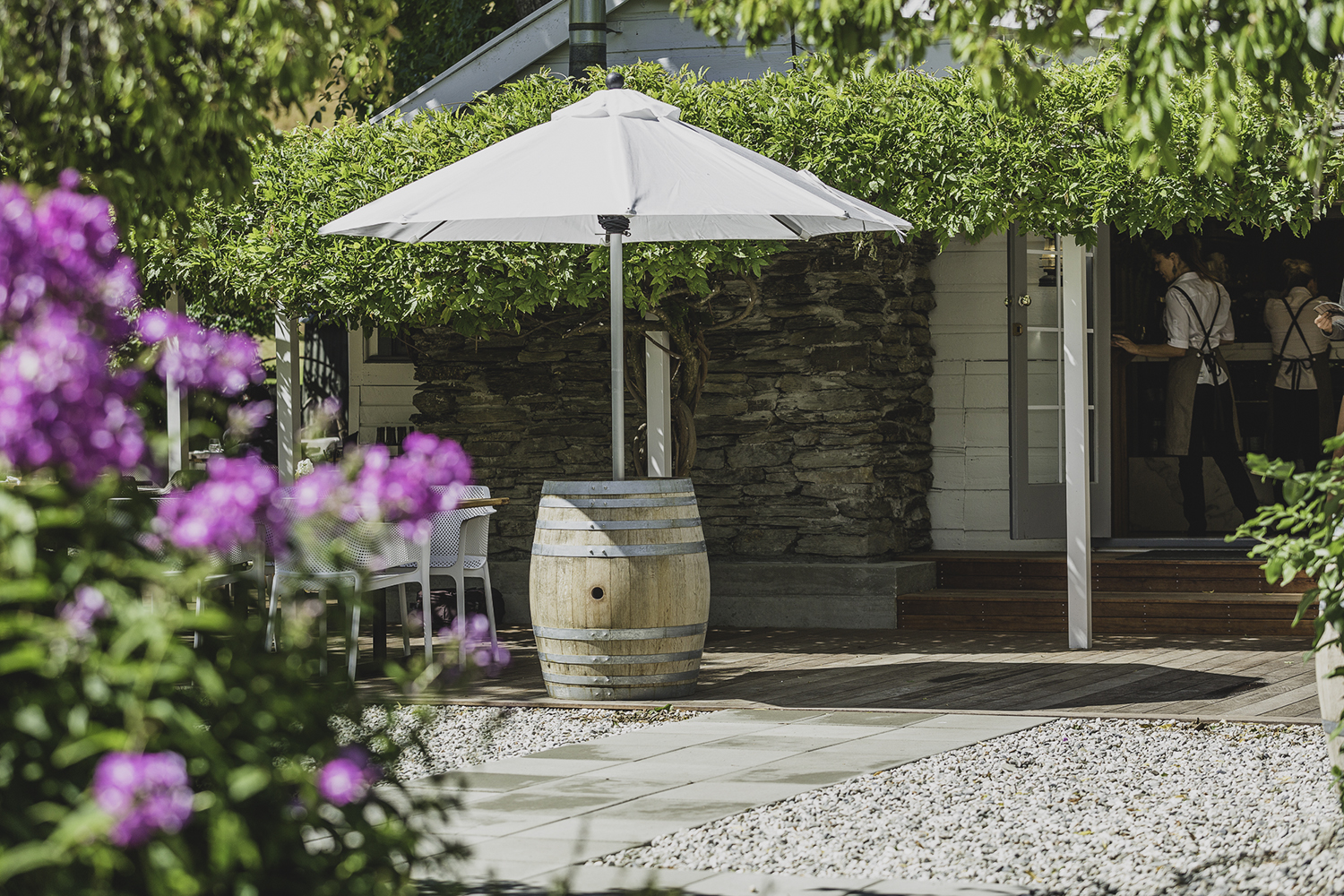